today I was trying to install my Conbee II Zigbee Stick from Dresden Electronics.
Unfortunately, I wasn’t really succesful.

What I did was the following: I put the Conbee II in one of the USB Ports of my Raspberry (I’m using the official Nymea Image by the way, running in experimental mode for some reason ), went to the system settings and clicked the Zigbee Button. From the following manual

I would have expected to see something like this

But the only thing I see is the following 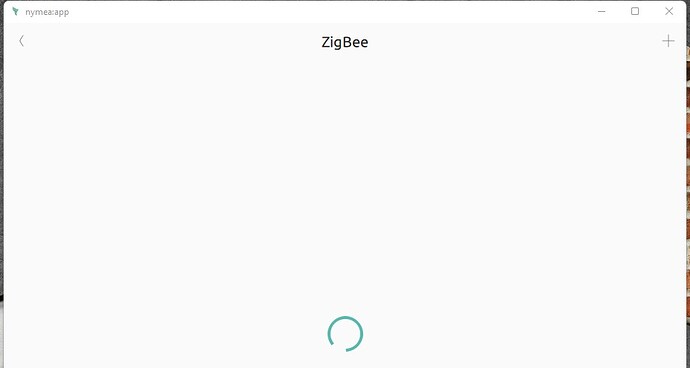 So it seems I can’t create any Zigbee network.

Maybe one of you guys can help me with that.

I now there are other threads regarding Zigbee and Conbee, but as some of them were quite old, I didn’t want to reactivate them. If you think, my question would better fit in there, don’t hesitate to move my post to one of those threads.

Thanks for your help.

EDIT: I could now manage getting it to work. The solution was not creating the Zigbee network out of the windows app but from the Android app. There it worked. Don’t know why, but from there, it could activate deCONZ.

hmm… is there anything suspicious in the logs? You can see them either in the debug webinterface or with sudo journalctl -u nymead -f via ssh.

Also if you plug/unplug the stick, does a file named /dev/ttyACM0 appear/disappear?

And perhaps the output of lsusb could help too.

unfortunately, the logs didn’t show anything at all. That’s what I checked before already.
But as I just edited my first post, it’s now running after I did the same steps I did before but now out of the android app instead of the windows app.
You probably think I’m kidding, but that was really the solution (or better workaround) for me.
If I have further problems, I’ll let you know.
Thanks for your help anyway!

Oh, I missed the edit before I replied.

Still wondering, it really should work with any app. What version of the Windows app do you use? Seems like an older version maybe and you’re hitting an old bug which has been fixed already.