What a release! It took its time, but it’s packed!

A lot of effort has been going into wallbox and energy metering integrations. With new support for Mennekes wallboxes and tons of improvements in existing plugins: Fronius, go-e, SMA, MecMeter, Phoenix (Wallbe & Scapo), Schrack, all got several fixes and optimizations improving the nymea:energy experience.
On the UI side, the energy charts are now scrollable and allow to go examine energy production and consumption values from previous days, months or even years, or zoom in on minute resolution.

Moving on to ZigBee: The most important fix was for an issue with the deConz backend which would prevent larger networks to be entirely stable. In order to track down the issue, we’ve added visual ZigBee network map which allows inspecting routes between nodes in your ZigBee network and helps optimizing it (by adding routing devices in between weak links). 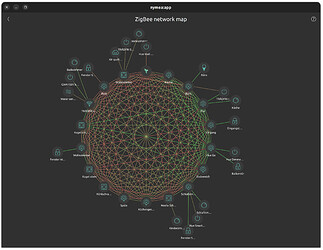 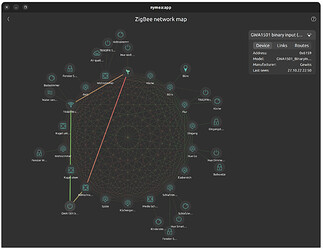 While being on the roll with ZigBee, we’ve also added support for configuring ZigBee bindings directly on the devices. This means, it’s now possible to connect devices on a ZigBee level which would allow controlling them without going through the nymea system. This results in improved response times as well as it keeps on working even if nymea is currently unreachable (e.g. because of an update or maintenance shutdown).

But that’s not even all, nymea 1.5 also adds support for ZigBee device firmware updates. For now this includes most Philips Hue, IKEA Tradfri and Aqara/Lumi devices, more to come. Big thanks to the folks at GitHub - Koenkk/zigbee-OTA: A collection of Zigbee OTA files for collecting and maintaining a database of firmware update images. If you are aware of more device firmware update files provided by manufacturers, please contribute them to that repository. 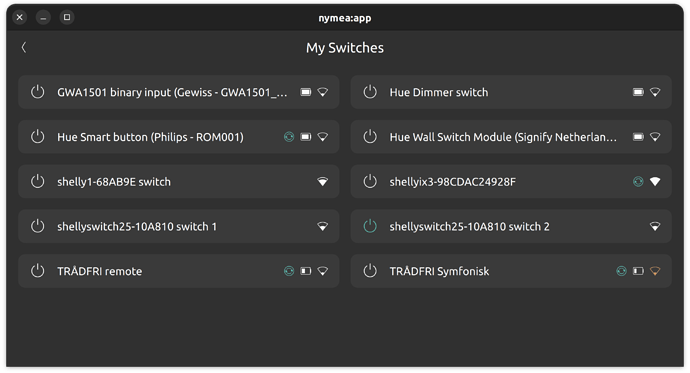 nymea’s network setup part received a couple of updates: It’s now possible to configure the wired network of nymea systems too, by selecting between automatic (DHCP client), manual IP setup and even shared connectivity. This means, that it’s now possible to connect other devices to a nymea Raspberry Pi (or any other nymea host with wired networking) via an ethernet cable and share the internet connection of the wireless network. This is useful if you have devices like wallboxes which only have wired neworking and you’d like to connect them directly to nymea, effectively making them available on WiFi. Apart from that, connecting to hidden WiFis is now supported too. 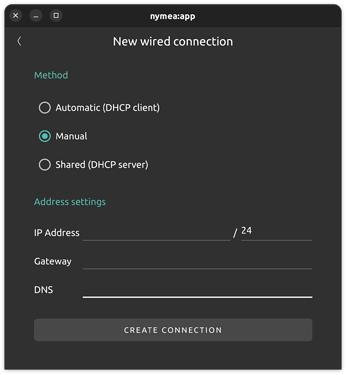 This release also adds support for a couple of air quality and hazardous substances sensing related devices, like the IKEA Starkvind air purifier, the Shelly gas and smoke and improves some things in the Develco/Frient aif quality sensors, so there were enough reasons to also rework the sensors UI and align the air quality index sensigs views. This means that any air quality index related states of those devices has been removed and instead the app is now responsible for translating raw sensor values into an air quality index scale which is appropriate for the users location. For instance in the EU this will now use the CAQI (Common Air Quality Index) scale, while in the US the values will be represented according to the EPA AQI. The road is also paved for australian, canadian, chinese, indian etc air quality scales, which aren’t implemented yet at this point though. 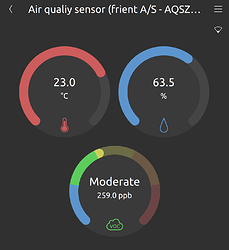 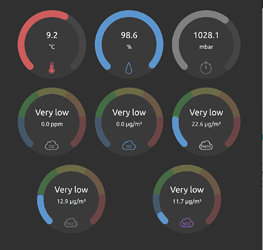 The ScriptEngine received a new feature to allow accessing a whole Thing, and even multiple Things, as opposed to only individual states/actions/events. For example:

This allows to access a thing name, which may be useful when sending out push notifications, and allows acting on various states at once, withouth defining multiple ThingState items.
It’s also possible to listen for new things appearing, or filter all the things for a particular type:

There are even more interesting changes, but they won’t make up for pretty screenshots any more, so I’ll stop here and if you’re still not stuffed with changes, make sure to check out the complete changelog below.