Yes, already! The reason for this short release cycle is our official launch of nymea:energy! Haven’t heard of it yet? Check out its website on https://nymea.energy. If you drive an electric car and would like to use solar power to smart charge it, this is for you! It’s our first self made product for end users which connects to wallboxes and uses PV surplus energy to charge electric cars in an optimized manner. 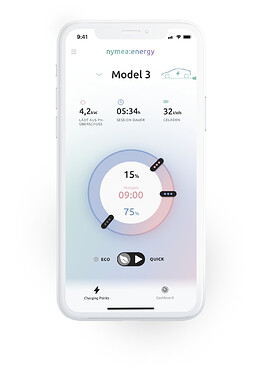 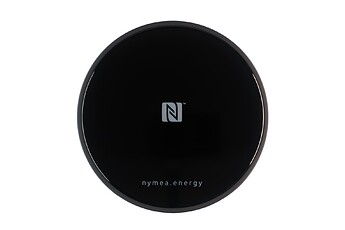 If you’re not the target group, fret not, there are also some little goodies included for everyone:

nymea:app got another visual upgrade. We’ve got rid of the old style bottom panel too and refreshed its visuals to a more modern look. Also the configuration page for the main views was reworked. While it may seem more boring/standard now, it should increase it’s usability though. If you’re using a Raspberry Pi with touchscreen you may be happy to hear that we’ve improved the performance a bit. During the evaluation, we’ve found some more places that give the little GPU on the RPi a hard time which we haven’t managed to address yet, but they’re on the to-do list for the future now. Thanks to @loosrob for the great testing and feedback on this one.

nymea:core got the CoAP support reworked which fixes some bugs adds some missing extensions that prevented nymea to community with Shelly devices via CoAP. The network device monitor was tuned so it should not cause devices to be marked as offline any more at the first packet loss.

In nymea:plugins the biggest change is probably the rework of the entire Shelly plugin to communicate to the devices via CoAP (or CoIoT as Shelly calls it) and finally allows Shelly devices to be connected to the Shelly cloud and nymea at the same time, or to multiple nymea instances. Thanks to @plasmediaX, who contributed a Shelly Plus device, we’ve also been able to directly add support for the 2nd generation Shelly devices. The Tasmota plugin received support for energy metering and the SystemMonitor plugin was reworked to support monitoring the entire System (CPU/Memory/Storage) as well as individual processes, including any other other processes besides nymea itself. There is one new plugin, named powerfox which adds support for the powerfox poweropti device, a LED based energy meter: 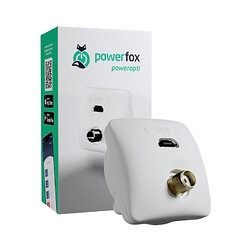 image800×800 44.3 KB
The WallBe plugin was reworked to now also support wallboxes from different brandings (but same internal chip) from Scapo and Compleo.

Besides those, obviously more smaller fixes and updates were included too.

I don’t know if this issue is new to r1.3, but since I am using this feature for the first time since this release I wanted to mention it.

Using Nymea with a secondary user account is severely broken for me.

I can neither execute “Scenes” I set-up with my primary account nor can I add any of my things to favorites with any other account than my primary one.

Scenes show up as the standard icon, not the ones I have set-up with my primary user. Clicking then does not execute any instructions.

When I try to edit any of my magic, it shows the right title on edit, but it treats it like it’s a new script rather than showing existing rules.

I can rule out misconfiguration of the device since I had to do a complete re-install on a different SD Card, since my previous one died while upgrading to r1.3.

So all I did so far is setting up my things and writing a few magic scripts.

I took that chance to use a more kiosk device friendly user for both my partners phone and the raspberry pi, that runs both the server and app through the latest kiosk image I installed via Rapberry Pi Imager.

Let me know what I can provide to get to the bottom of this, thank you!

I don’t think this has anything to do with the 1.3 release. Anyhow, what permissions did you grant to the user? It sounds like there are indeed some issues in that the app shows too many controls which should be hidden because of missing permissions.

At first I created a user with “Control Things” and “Execute Magic” permissions.

When that did not work I created another user with all but “Admin” permissions.

Neither of them worked.

Now because you asked I wanted to try if the last option, which is giving another user “Admin” permission would let me do it, just to see.

and that I can’t delete it either. When I try I get this error:

Edit: All right. I got the blank account to properly show up after a restart of the system. As such I can confirm I have to use an admin account to use magic created with an admin account. “Execute Magic” and “Control Things” is not enough.

Btw, I also noticed that I cannot edit permissions of already created users.