We’ve decided that it’s about time to go that step. This shouldn’t really matter to most users as nymea has been rock solid for ages already and the upgrade from the 0.x releases is seamless, but it will improve some things for plugin developers and reflect the actual maturity level of nymea better. The most notable change for users is that all the package versions are in sync now which should make it much easier to determine what’s actually installed and compatible.

And with that, let’s jump in on what’s new:

nymea now offers multi user support, meaning that different users with different permissions can be created on a nymea setup now. It is now possible to create an account for, say, less tech savvy people or guests which still want to use nymea:app to control the smart home, but getting away with all the configuration options for those. 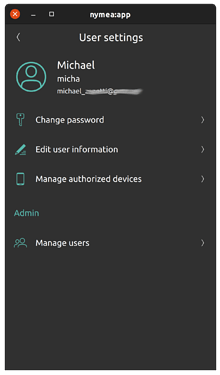 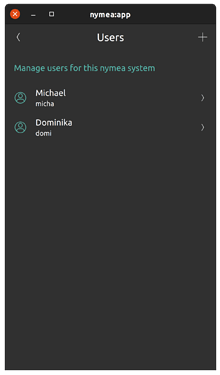 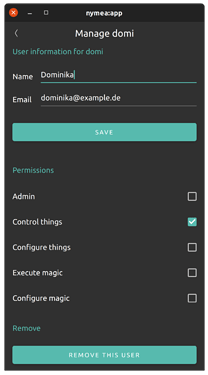 The second big one is the new remote connection. We’ve been trying to get rid of nymea:cloud for a while already as it didn’t line up with our vision: For one we don’t like requiring user accounts in clouds but also the old nymea:cloud was built in a way where the cloud would manage the devices (this is mostly how AWS works) but with nymea, the nymea setup should be the main controller and any cloud services being an optional extension to it. That’s not to say that nymea doesn’t know about the internet any more, on the contrary, in our spirit of a plugin based extensible system, any wanted cloud integration can be done using plugins from now on.

So now it finally happened. No need for a cloud account any more. Just enter the settings, flip the switch for the remote connection and that’s it. 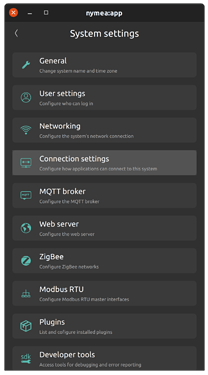 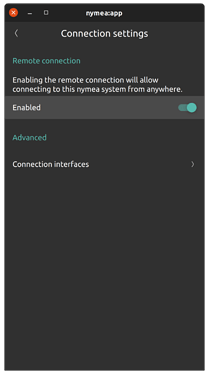 Obviously, without any port forwarding in routers, this still requires some service in the cloud to proxy the connection and that’s still there, albeit in a slightly different form than before. By just enabling the remote connection, nymea will tunnel the traffic from the app to the core through a tunnel proxy hosted by us. However, this proxy doesn’t require any nymea:cloud integration any more and if you don’t trust us with tunneling your connection through a server of ours, you’re free to host that proxy yourself too and use the advanced settings to manually enter the URL for your proxy instance.
This current release still supports the old nymea:cloud to not disrupt existing setups upon upgrade but you are advised to log our from there and use the new remote connection instead. The old cloud settings can be found in the advanced settings section and for the login part in the app settings developer tools. Those will be removed in a future upgrade though. 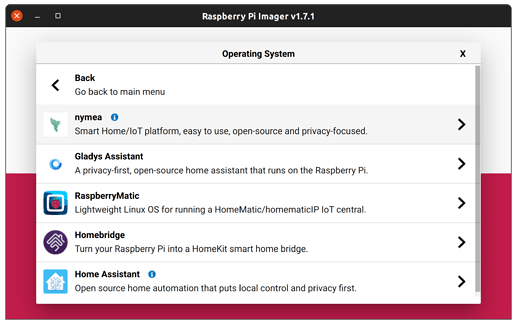 image2571×1614 491 KB
With the efforts to make that happen, the Raspberry Pi images also have been upgraded to RaspiOS 11 Bullseye and split into 2 different images: The core image featuring a headless nymea:core setup, and the kiosk image, featuring nymea:core and nymea:app on the same image to be used for Raspberry Pis with touchscreen.
Note that existing installations on Raspbian 10 Buster will not automatically be upgraded to Bullseye but need to be reinstalled or manually upgraded with apt. This however, shouldn’t really make any difference to the user and unless you have another reason to require Bullseye, there’s no need to upgrade right away. The Bullseye images will still be supported for the foreseeable future.

Another biggish new feature is the support of TI z-Stack based ZigBee adapters along with the already supported Phoscon and NXP adapters. This includes a wide range of ZigBee adapters which can be identified by the CC2531 and CC2652 chipsets and are used in pretty much all the adapters available for end users on the internet. Often resellers allow selecting a firmware when ordering or the stick comes without any firmare. Selecting/flashing the zigbee2mqtt or the stock z-Stack firmware will work just fine. This also supports the Sonoff ZigBee 3.0 USB. 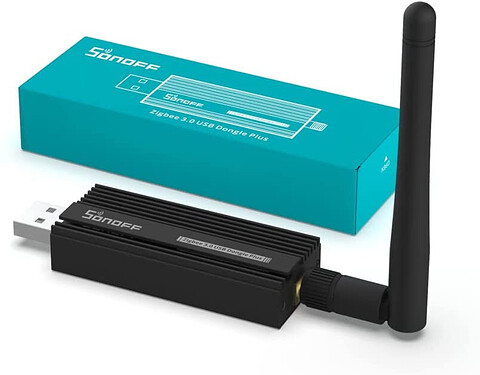 The core also received a bunch of performance optimizations and should now idle around a few % of CPU on a Raspberry Pi even with more than 100 configured things. Obviously this does depend on what things exactly are used and the amount of smart rules and scripts, but in any case the optimization should be very noticeable on large setups.

In terms of new device support, the Shelly EM and a bunch of ZigBee devices have been added but the lion share of work on plugins has been going into improving stability and performance of existing plugins. There are a whole lot of changes in the plugins which improve things here and there as well as adding newer models of already existing devices. Especially in the ZigBee area a lot of improvements have been made with better Thermostat device support and smart plugs with energy metering.

Last but not least, given the major version bump we’ve taken the opportunity to drop some legacy code that we’ve been carrying along for a while. This in turn implies that older app versions won’t be compatible to newer nymea setups any more so you are advised to upgrade all the app instances along with the core.

We’d also like to ask our users to help us setting up a device compatibility database. We’re not 100% clear yet how we’re going to collect information, but nevertheless we’d like to already ask you now to join our chat channels (Telegram of Discord, both can be found in nymea:apps main menu) and report any devices that you are using successfully with nymea. Perhaps we can work out something together which can easily be extended by the community.

And as always, the full detailed changelog:

Congratulations on the release! I updated the imager but still not showing Nymea images there. 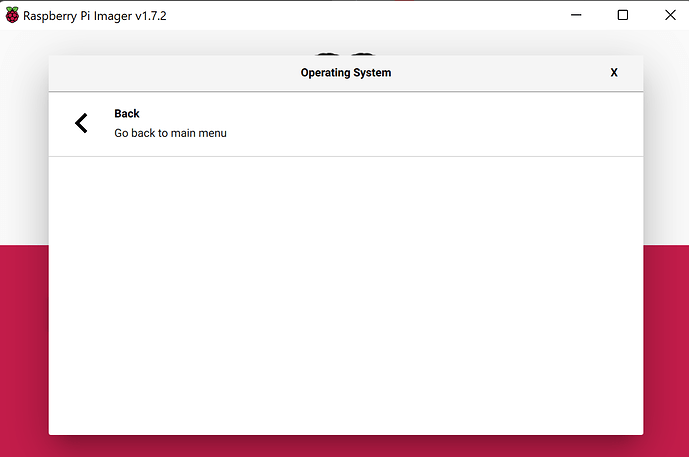 Now this is strange. I’ve just upgraded the imager here to 1.7.2 too and it seems to be listing the nymea images just fine for me.
In which submenu did you take this screenshot? The nymea images are to be found in “Other specific-purpose OS” → “Home assisntants and home automation” → “nymea” 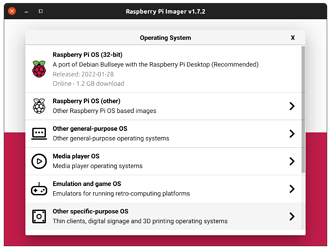 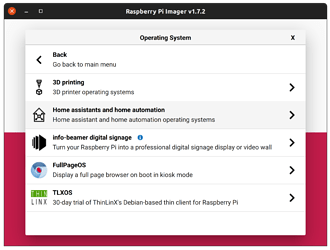 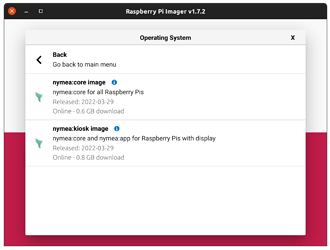 Congratulations for this great update !
What is the safest and correct way to update my existing version so I do not lose my settings?
I use raspberry pi 4 and I did the update but I can not find the new user settings. I did a test on Ubuntu laptop from scratch and works great . 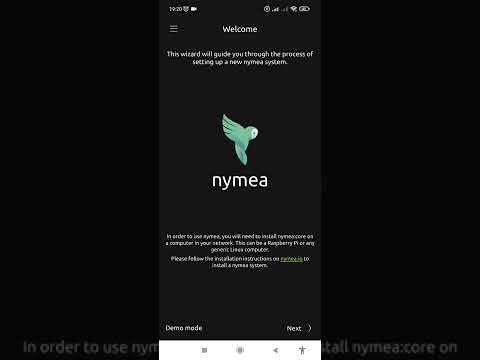 Hi
I had to update the nymea app on my Android phone in order to use the new version of nymea core .
After the update the app ask for username and password but I didn’t setup any username or password before the update. So now I can not login. What can I do please?
Thanks

You can delete /etc/nymea/user-db.sqlite
That should reset anything to do with users and login (keeping all the other settings)

Thanks Michael, I tested in 2 unrelated machines and the result is the same, no listing for nymea images. I will try on a 3rd machine and give feedback.

@joaofo
I can’t possibly think that this might be related to the machine… Are all the images missing for you, or just the nymea ones?

Just nymea images - others all fine.

I’m testing on Windows. What platform is working for you @mzanetti ? Can you test in Windows to confirm?

Uh, I just tried it again on Windows right now and now I can reproduce it!

@joaofo Running the imager from the command line like this should get you going for now:

I’m still not sure what’s going on with the default repo list, bu this should allow installing the image until I’ve figured that out.

Okay. fixed now. Thanks for the report.

Thank you - confirming this is now working 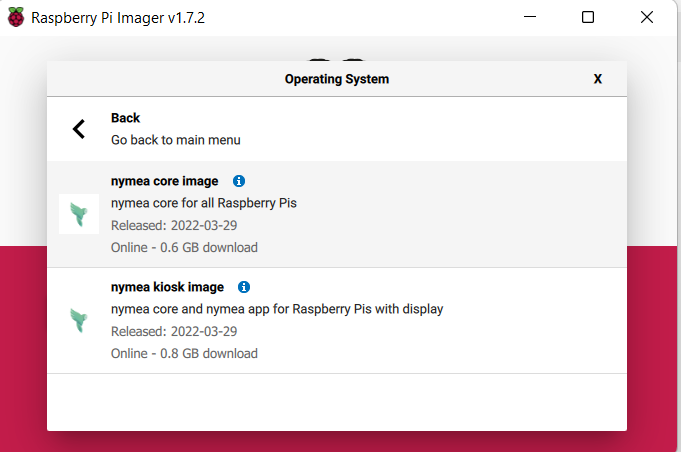