time for a new release! 0.28 brings a lot of new features!

Let’s begin with the app. This release adds the long awaited Dashboard which allows creating custom views, mixing together things, folders, charts, scenes and even web views which allow users to embed their own content. This could be a Grafana chart, your daily news feed or your self made web interface to do whatever you want. 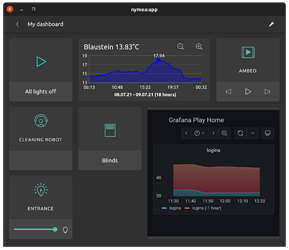 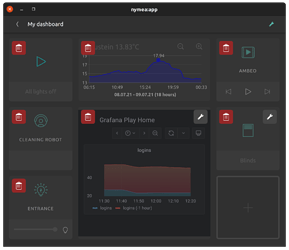 The very first start of nymea:app is something that we knew needs to be reworked for a while already and it finally happened. Now, starting the app will present a wizard guiding through the entire process of setting up a nymea system, from downloading the image, through wireless (or wired) network setup and connecting to it. 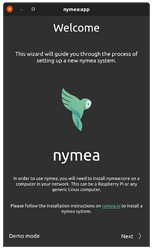 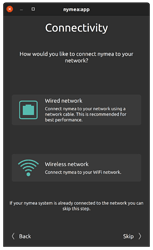 The next big thing is the addition of Modbus (RTU and TCP) support. There’s a new settings module for it which allows to set up any Modbus RTU connection with ease. Once done so, a whole bunch of new and reworked Modbus based plugins will enable support for various Solar inverters, Energy meters, heat pumps and so on.

This isn’t the only new thing in the settings though. The Zigbee settings were extended to add initial support for node management. Now, if a Zigbee device joins the network but there isn’t proper support for it in nymea yet, it will still appear in the zigbee settings and will allow to inspect some properties of the device as well as removing it again from the network. 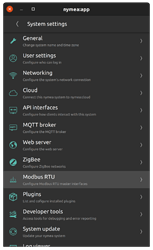 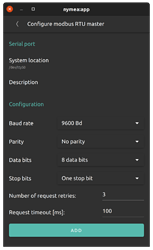 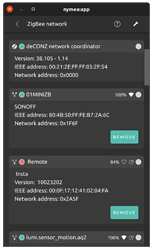 Apart from those big new features, the app has been translated into turkish and obviously received some more fixes.

Moving on to nymea:core, the biggest changes are of course coupled with the app’s changes. The Modbus API has been added to allow for easier plugin creation in the energy field and the ZigBee API was extended to enable node management. However, that’s not all. There’s a brand new network device discovery API available for plugin developers. This is a big rework of the Network Detector plugin to not require wireshark or any external tools any more but instead directly scan the network on its own and being integrated into the core for other plugins to use. Especially the new modbus plugins are already using this to discover energy devices related in the network which sadly often don’t provide a more proper way to be discovered such as mDNS or UPnP. With this piece of code however, nothing is save from nymea any more and will be discovered in the network.

Another minor but still noteworthy change is that nymea now allows integer states to be used for generic IO connections. So far only floating point states could do this. This will allow for more and better “generic things” in the future.

For device support, the most notable additions were:

Thats it for now. I hope you enjoy this release as much as we do

As usual, the full changelog: