is there anyway we can get a plugin for TP-Link/Kasa devices? i know homebridge and Hoobs support this but would really like this feature.

You are thinking about the Power Sockets, right? A quick search on google gave me this:

Seems the protocol is not openly documented, but already has been reverse engineered by some people. That means it should be possible rather easily to create a plugin for it. At this point I don’t have any of those. I’ve added it to my list of things to be added: https://www.amazon.de/hz/wishlist/ls/2AEDRSIZHFJYX?ref_=wl_share

I’ve managed to get hold on such a device and created a plugin:

I’ve tested it with the HS-110(EU) but in theory it should work with all Kasa smart plugs, provided they have a reasonably new firmware on it. Apparently there has been a protocol change in one of the firmware updates. I could probably add backwards compatibility if needed but I don’t have access to an old firmware any more as mine came with the latest preinstalled already.

Supported features are controlling power, as well as energy monitoring. 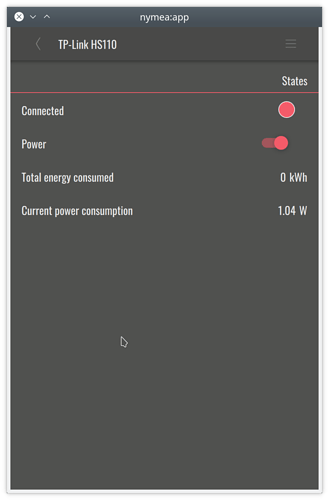 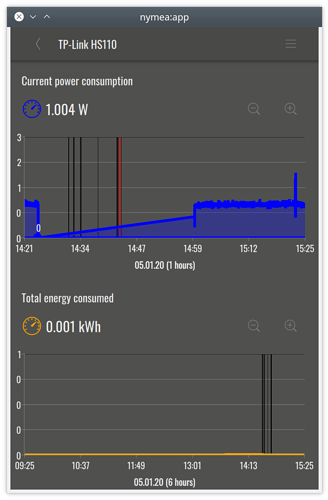 It is currently being built in the experimental repository and will be included in the next nymea release.